The “running is bad for your knees” is one of the most entrenched myths about the sport, especially among non-runners.

In fact, chances are, if you’ve been a runner even for a relatively short time, you’ve likely heard it before. “Running will ruin your joints.” “running causes arthritis .” “You’ll need a knee replacement if you keep running,” etc. I could go on and on

That’s why lots of trainees shy away from running wrongfully believing that the high impact nature of the sport can spell disaster on the joints, especially the knee.

I understand the logic behind this line of thinking.  Running is a high impact sport that puts excessive loads of stress and trauma on the joints. Every time your foot strikes the ground, you land with a force of about two to three times your body weight.

Therefore, and according to simple logic, the likelihood of injury, even arthritis, is drastically higher for us runners.

But is there any truth to the argument? I mean, scientifically speaking.

Not much. Science has got another story to tell. In todays post, I”ll delve into some of the research that looked into the impact running has on the knees.

Then here we go…

Plenty of research has compared groups of runners and nonrunners over extended periods of time, and found little to no evidence that runners are at a higher risk for developing knee osteoarthritis nor needing knee replacement more often than the norm.

What’s more? Some of the researchers have gone as far as to claim that running is actually what you need to protect your knees from osteoarthritis and other joint issues.

What I just said may sound like a bold statement, but plenty of research backs it up. Here is a quick overview of some of the studies that have debunked the “Running is bad for your knees” myth:

Let’s start with research published in Knee Surgery, Sports Traumatology. A group of five men and five women in their 40’s (with an average BMI of 25.9), went on a supervised six-month marathon plan, training for an average of 20 miles a week. By the end of the experiment, they completed the race.

To measure running’s impact on knee cartilage, the thickness and volume of cartilage in different spots in the subjects’ knees were examined both before and after the event, while using highly sensitive 3D MRI analysis.

The conclusion? No real damage was picked up by the sensors. The examined knees remained unchanged by training for and completing the whole 26.2-mile race. Moreover, the researchers also concluded that runners were in less risk of arthritis than their sedentary peers.

Running is also safer on the joints than walking, according to a Medicine and Science in Sports study.

This research looked at the number of hip replacements in 74,752 runners and 14,625 walkers over almost six years and found that running does not increase the risks of joint-related problems, even if you participate in marathons on a regular basis.

This is not the whole story. Running can also help reduce inflammation in the knee joint, according to researchers out of the Brigham Young University.

How did they reach such a conclusion? By assessing the knee joint fluid of several healthy male and female subjects aged between 18 and 35, before and after they ran for 30 minutes on a treadmill.

More specifically, the researchers took blood samples and looked at two markers for inflammation by measuring the synovial fluid for two proteins called GM-CFS and IL-15. They were expecting to see a jump in these markets. But, they were pleasantly surprised.

The researchers found that the levels of both proteins have dwindled in the subjects following training, which suggests a reduction in overall joint inflammation.

This not only proves that running is not bad for your knees, but suggest that pounding the pavement helps prevent knee issues. 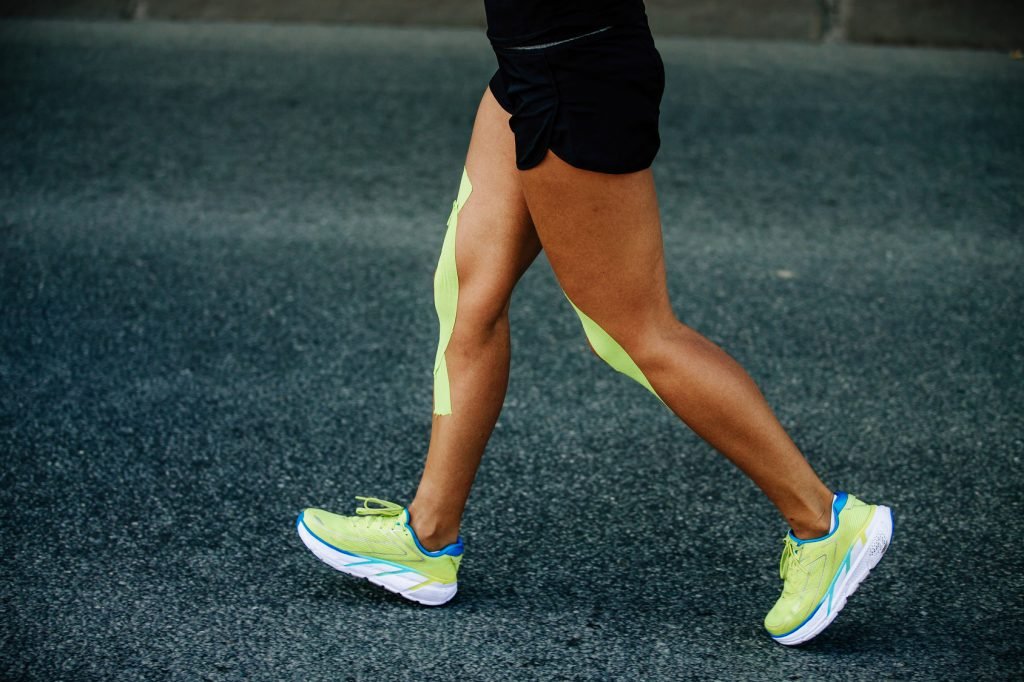 In layman’s terms, the lack of scientific evidence that running increases the risks of oseteorathiris, even among those participating in long distance running, is quite conclusive. This might surprise the lot of you, but the science is quite strong.

These findings are valid as long as the runner had no previously existing knee problems.

If you already have some knee issues, you can cause further damage by running—but the same is true for any high-impact, weight-bearing exercise, like soccer, tennis, or basketball.

In such a case, you should consult with a certified physician for more on how to proceed.

How to Take Care of Your Knees While Running

Here’s another truth no one could  deny: start running, and sooner or later, you’ll injure yourself. In fact, surveys estimate that half of the running population gets injured over the course of one year.

Here’s more bad news. Up to 40 percent of these injuries afflict the knees—with runners knee, or PTFS, being one of the most notorious and dreaded overuse injuries out there. However, the fault lies not with running itself, but with how you’re training.

Here are a few easy-to-implement tips to help you reduce the risk for knee pain when running.

Go gradually. Follow a running schedule that builds up gradually over time. This is super important for protecting the knees from overuse .

Train Smart. If you’re a beginner, don’t try to chew more than you can swallow. Instead, start with walk-running to safely build your stamina and get your body used to the high impact nature of running. Here’s your complete guide to the run-walk method.

Take Enough rest. Space out your running days with at least one day of full rest or low-impact cross-training workout. This way you ensure your muscles and joints have well rested and recovered following a run.

Get the right shoes. Head to your local specialty running store and get fitted with the most appropriate pair that’s in line with your running gait and foot type. Here’s your complete guide to proper running shoes.

There you have it. The above scientific papers and tips are all you need to convince you, or anyone else that running is not bad for your joints, especially the knees. The rest is up to you.

Please feel free to leave your comment and question below

In the meantime, thank you for reading my post.