Running is one of the best cardio exercises out there. It sheds colossal amounts of calories, boosts metabolism levels through the roof, and will get you into the best shape of your life.

Not only that, running can also protect you against disease, even early death, and benefit almost every part of your body.

So, it should come as no surprise the fact that runners are some of the healthiest people on the planet.

Looking for more benefits? Well, you’re in the right place. In today’s post, dear reader, I will delve a little deeper into some physiological benefits of running.

These will serve as a catalyst for gargantuan motivation—especially when you realize that there is more to running than losing a few pounds.

1. Run away from Cancer

Cancer. The deadly disease. The curse of the modern age. Recent statistics have put it as the third biggest killer in the world. Each year cancer claims the lives of over 500,000 people in the U.S. alone.

The most common cancers are breast cancer, lung and bronchus cancer, colon and rectum cancer, and prostate cancer.

Research suggests that regular exercise cuts the risks of many types of cancer, including some of the scariest: lung, colon, endometrial, and breast. That’s the conclusion of a vast review of 170 epidemiological studies published in the Journal of Nutrition.

Research published in the British Journal of Cancer concluded that the most active individuals—those who walked briskly for up to 6 hours per week—were about 25 percent less likely to develop colon cancer than those who walked only 30 minutes per week.

Consistent, moderate-to-intense aerobic exercise can reduce markers of increased colon cancer risk in men, according to research conducted by the Public Health Sciences Division, and was published in an issue of Cancer Epidemiology Biomarkers and Prevention.

More specifically, men who engage in regular cardio exercise of over one hour per day, six days a week, had a huge reduction in the cellular propagation patterns in the colon linked to polyps and—over time—cancer.

Regular exercise has been well documented to be effective at limiting recurrence of cancer. Research reveals that those who kicked out the disease are less likely to have it return if they engage in plenty of physical exercise post-treatment.

According to an evidence-based meta-analysis of 67 articles that examined some of the lifestyle factors that influence breast cancer recurrence rates, including weight management, exercise, nutrition habits, smoking, etc..

The conclusion? The researchers revealed that exercise and weight management are the most crucial lifestyle choices for cutting the risks of cancer recurrence and dying from breast cancer.

This review was published in the Canadian Medical Association Journal.

Of course, this does not mean that running cures cancer. But it helps when it comes to reducing the risks of getting it. And as the saying goes, prevention is better than cure.

Running is beneficial for your blood pressure, says the American Heart Association. Couldn’t be simpler than that. In fact, 150-minute of brisk physical exercise per week is all you need to keep blood pressure in the healthy range, according to the AHA.

Why is it the case? Well, here are two studies to check out.

According to a report published in November in 2013 in Circulation, aerobic exercises such as running, swimming and cycling have an enormous positive impact on blood pressure and hypertension in individuals suffering from this condition.

The same research has also tied up reductions in blood pressure to moderate to intense physical exercise of roughly three-month duration, on average, lasting for 40 to 50 minutes a session.

Another research of female runners published in the New England Journal of Medicine revealed that regular running could contribute to drastic increases in HDL levels—the good cholesterol—while lowering LDL levels, the bad kind. 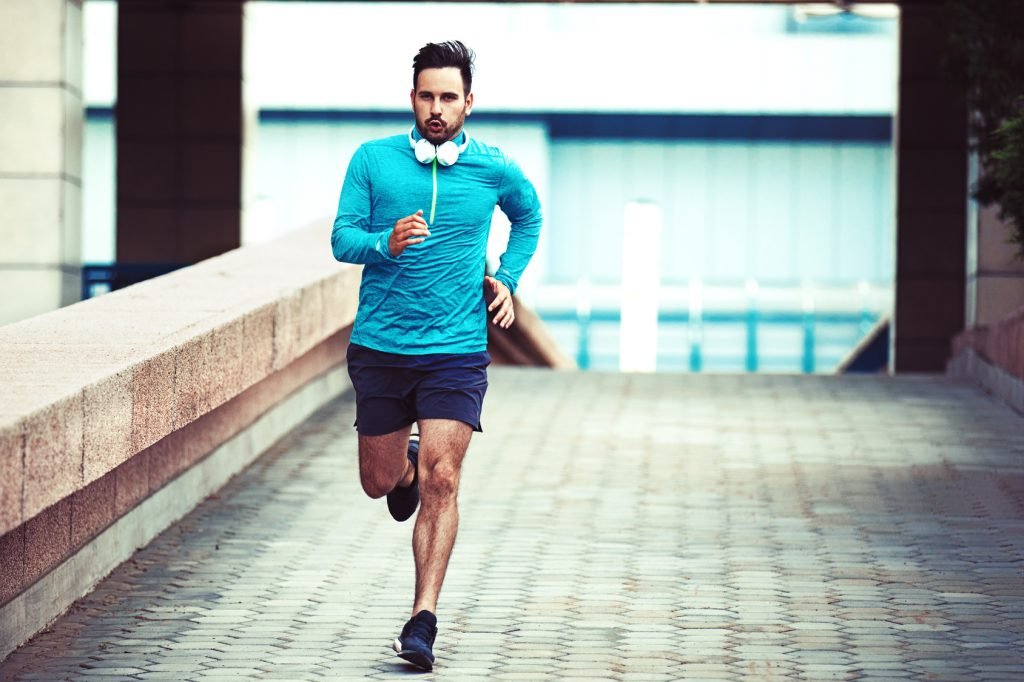 If you’re looking to live a long and healthy life, get up and running, according to research.

Running slows the aging clock, according to research conducted at the Stanford University School of Medicine, and published in the Archives of Internal Medicine.

All the participants were over 50 and were asked to take a health and disability assessment each year measuring mundane tasks like walking,  opening a milk carton, getting out of a chair, gripping objects, cutting meat, etc.

The conclusion? Older runners suffered from fewer disabilities, led a long active life and were as half as likely as non-runners to die prematurely, the researchers revealed.

In fact, the running group was leaner, younger and less likely to develop unhealthy habits, like smoking, compared with the control, nonactive, group. At the end of the study, 85 percent were still kicking, with only 66 of the non-runners.

In other words, running (and other forms of vigorous exercise) is associated with reduced disability in later life in middle and older aged individuals.

According to a 13-year prospective cohort study of over 370 members of a sports club for runners aged 50 or older and 249 control subjects with an average age of 59, with an annual analysis of the Health Assessment Questionnaire disability score, keeping track of any deaths and their causes.

The researchers concluded that running and other forms of aerobic exercise in elderly individuals could help prevent disability and early mortality, resulting in the prolongation of a disability-free life.

Here a few reasons the researchers believe why running is so helpful:

In a nutshell, all the benefits that running brings to the table.

As a result, if you had to pick one thing to help you stay healthier as you age, then look no further than aerobic exercise, especially running.

4. Gets you to Eat Right

Before becoming a running evangelist, I didn’t use to put much thought into what I was putting in my mouth. But all changed once I realized that eating is fuel. And the quality of my athletic performance is only as good as the quality of fuel I have in the tank, period.

As a result, to make the most out of your training, you will have to develop the right eating habits. By embracing the runner’s lifestyle, you’ll learn about the importance of carbohydrates, how to choose the right ones, how to portion control, etc. In fact, everything we associate with healthy eating you can learn from a runner’s diet.

Note: For more on the runner’s diet principles and guideline check out my Diet & Nutrition page. You’ll find almost everything you need to know about how to eat right while following a regular running routine.

I got into running as a way to stay fit and manage my weight. Chances are you’re into it for similar reasons.

In fact, when I ask my friends, and my blog readers about their motivation to take up running, 8 out of 10 express their desire to burn belly fat and/or keep it off. Said otherwise, the overwhelming majority run to lose weight.

Running can help you peel away the pounds like nothing else. At about 100 calories per mile, depending on your current weight, training intensity, and terrain, running offers a fairly good bang for your buck.

Unless you’ve been living under a rock for the last decades, then you already know that weight loss is just a numbers game: Calories in vs. Calories Out.

In theory, to lose one pound, you’ll have to burn the equivalent of 3500 calories. That’s the calorie deficit principle.

But don’t get me wrong.

I’m not saying that all you need to lose weight is intense exercise. There is more to this story. Diet is the other half of the weight loss coin. Without a proper diet, you’re doomed to fail, sooner or later. 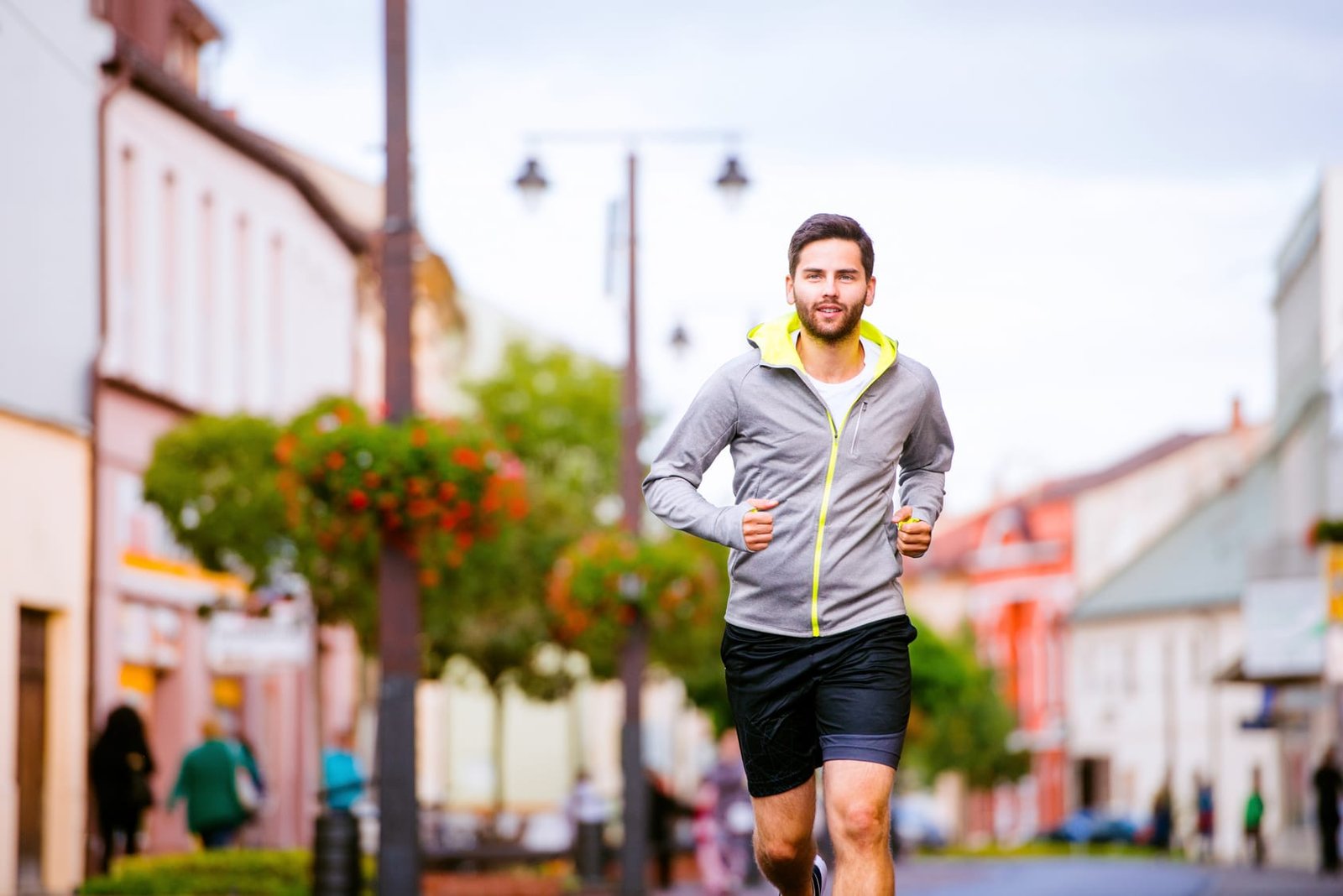 According to research conducted at the Medical College of Wisconsin and VA Medical Center, running on the treadmill while at a challenging level can burn 700 to 800 calories in one hour.

In contrast, other cardio machines such as the stationary bike, the stair climbers, and the rower, all shed far fewer calories than running.

According to a Medicine & Science in Sports & Exercise study of over 100,000 runners, those who logged in about 30 or more miles a week gained fewer pounds in their bellies all through their mid-life years than those who ran less than ten miles per week.

Better Than Walking For Weight Loss

Research published in the same publication, titled “Greater Weight Loss From Running Than Walking,” and conducted at the Lawrence Berkley National Laboratory in Berkley, California, compared weight loss and weight maintenance by analyzing survey data from 15,000 walkers and 32,000 runners who enrolled in the six-year study.

You know that running sheds calories while you’re pounding the pavement.  But there is more to it. In fact, the calorie burn continues after you stop running—that’s what’s known as the “after burn,” which refers to the number of calories you burn after a workout.

This is also known as excess post oxygen consumption (EPOC) in the scientific circles. In laymen’s terms, EPOC is the amount of calories spent above resting that your body is using up to revert itself to its pre-exercise levels after a workout.

In other words, this means that your body’s metabolism can continue to burn more calories even at complete rest.

The Complete Beginner’s Guide To The Long Run