How you breathe while running can make the difference between an awesome workout and one that leaves you panting for air.

Though running is one of the most convenient of all sports, mastering the respiration element of this sport takes good timing, proper technique, and a lot of practice.

In fact, developing good breathing technique is likely the biggest challenge for beginner and intermediate runners.

In today’s article, we are going to take a look at rhythmic breathing. Specifically, what is it and how can you incorporate it into your training.

Then let’s get the ball rolling…

How to Master Rhythmic Breathing When Running

Also known as locomotor-respiratory coupling in science jargon, or cadence breathing, rhythmic breathing consists of creating a rhythm between breathing and your running gait—the way in which you run.

More specifically, it describes the number of foot strikes you during the inhale compared to how many steps you take on the exhale.

In general, your exact ratio will depend on many factors. These include training intensity, personal physiology, and personal preferences.

Since the method requires steady body coordination and breathing along with running movement, it’s a skill that’s hard to master.

That said, practice conquers all—and with it, you can master rhythmic breathing in just a few weeks of training. 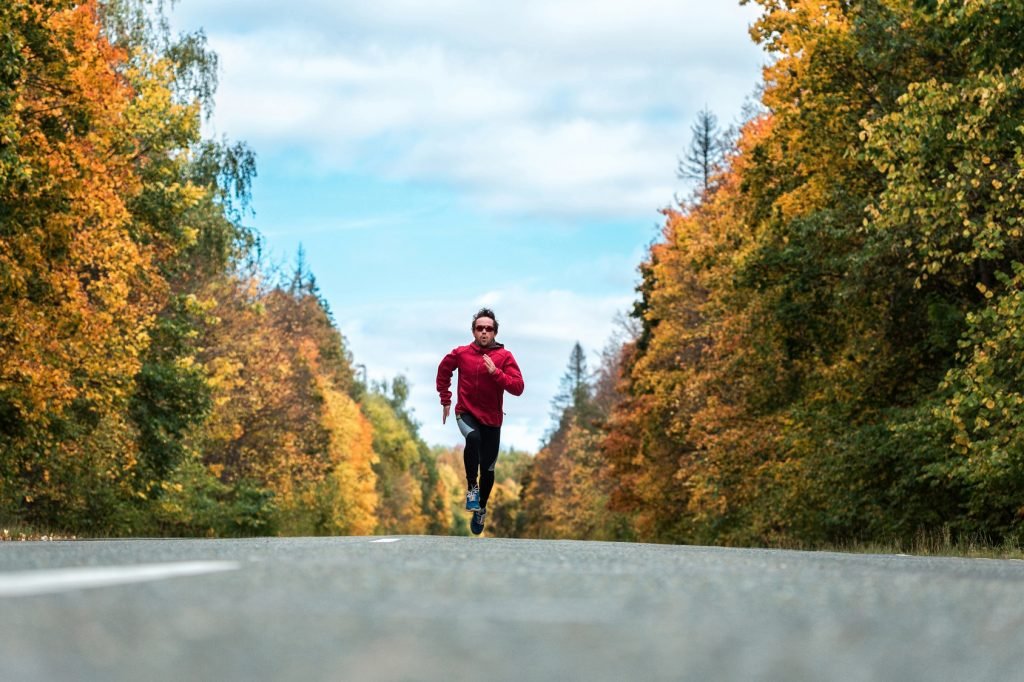 The Benefits of Rhythmic Breathing

Rhythmic breathing can help in:

In short, cadence breathing can help run faster, longer, and with more efficiency.

But most notably, some experts suggest that timing your breaths with your foot strikes can help prevent injury.

Here are the details

To understand the mechanism behind the reduced injury risk, let’s first look at what happens to your body when running.

When running, your feet strike the ground with a force of impact two to three times your body weight—depending, mainly, on your running speed and training surface.

And according to research that looked at the relationship between breathing and foot strikes, the impact forces are the highest when the foot strike coincidences with the onset of the exhalation.

Why is this bad?

When you breathe out, the diaphragm, and the surrounding muscles, especially your chest muscles, relax, resulting in less stability in the core.

So, if you’re always landing on the same foot on each exhale, you’re constantly stressing the same side of your body,  resulting in a higher risk of injury on that side, in theory at least.

As a result, to prevent this, you’d want to alternate landing on the right and left foot at the beginning of each exhale.

That way you can diffuse the impact shock more evenly over both sides of your body.

This is achieved by using an odd-even cadence breathing ratio to match the foot strike with inhale-exhale.

Rhythmic Running Patterns To Play With

Here are the main breathing ratios.

During the 3:3 pattern, you take three steps on the inhale, then another three on the exhale.

In general, you might take up to 30 breaths per minute with the 3:3 ratio.

For beginner runners whose sole goal is running at an easy and relaxed pace, the 3:3 ratio is the way to go. This pattern is also ideal for warm-ups, cool-downs, and recovery runs.

For established runners, the 3:2 pattern is ideal, especially when running at moderate intensity effort, which should make up the majority of your training.

And as I have already stated, opting for an odd-even breathing ratio may help prevent discomfort and injury since you’re alternating between landing on your right and left foot on the onset of the exhale.

This pattern may also help prevent painful side stitches and painful diaphragm cramps that plague many runners on the road.

This translates to tow strides per inhale, two per exhale.

In general, you’ll be taking roughly 40 to 45 breaths per minute with this pattern.

The 2:2 is a good recipe for steady state cardio, such as tempo runs, and marathon pace training.

Just keep in mind that when using this ratio, you’ll be landing on the ground on the same foot at the beginning of each exhalation.

This, in theory, may cause one side of your body to withstand a greater stress load when running. 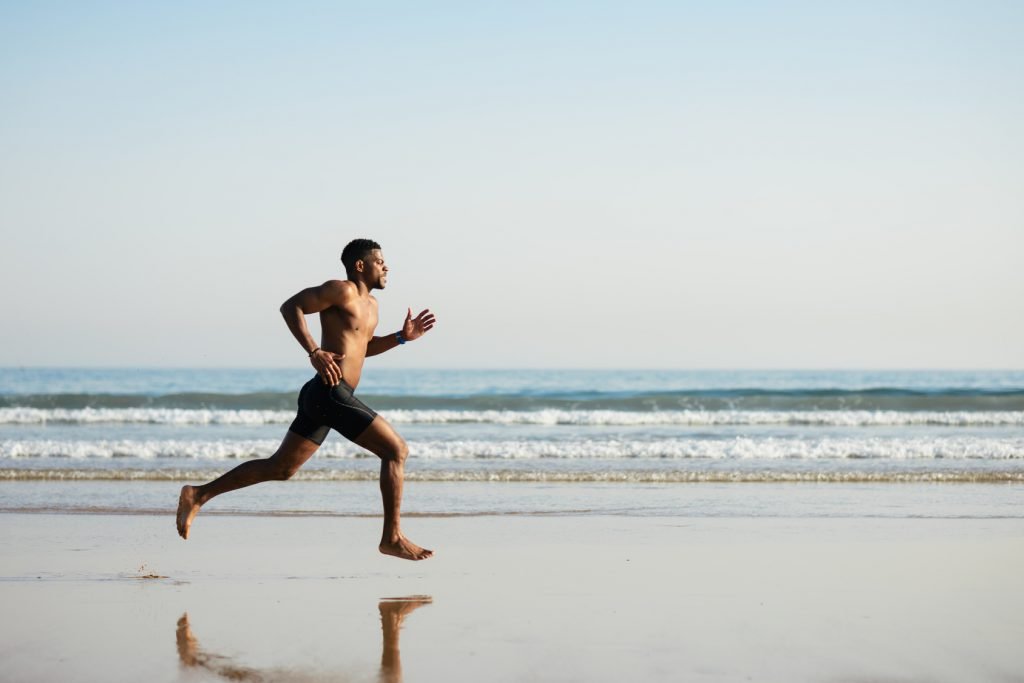 With this ratio, you take two steps on the inhale, then one step on the exhale.

This is most suitable breathing pattern for tempo training—cruising at about 10K race pace, or slightly faster.

Fartlek and interval training should typically be performed within this ratio.

Al-out-effort running and racing call for a 1:1 pattern.

For most runners, this breathing ratio occurs during the final burst of middle or long distance races.

Note: Please keep in mind that the above breathing ratios should only be used as orienting guidelines. They’re not, by any means, universal rules that every runner out there should follow to the letter. So, you got to experiment with different patterns to find the best breathing rhythm for you.

Practicing Breathing Ratios In The comfort of Your home

Before you start tinkering with your cadence breathing, it’s always helpful to practice it a bit before you take it to the outside world.

Start off by lying down on your back, knees bent, and feet flat on the ground. Keep your face relaxed, with the mouth slightly open.

Next, while placing your hand on your chest and the other on your belly, take a deep breath through the nose and exhale out through the mouth.

Make sure your breathing is continuous and relaxed. Do not force it.

Once you get used to this inhale/exhale pattern, add foot taps to mimic walking/running steps.

Once you feel mastered rhythmic breathing while laying down, take it for a walk.

Take three steps on the inhale, then three on the exhale. Do this for a few minutes, then switch to a 3:2 ratio. So on and so forth.

Take it Out For A Run

Once you get the hang of walking cadence breathing, start matching your breaths with your foot strikes when running—typically, inhaling for three foot strikes and exhaling for two (3:2).

As a rule of thumb, practice cadence breathing on your slow, relaxed runs first. Be sure to set realistic starting points and goals.

Then, over time, slowly introduce cadence breathing into faster runs and speedwork training, making sure to opt for 2:2 or 2:1 ratios.

After a few months of practice, cadence breathing—whether it’s in a 3:2 or 1:1 ratio—will become automatic. You won’t even have to think about it.

Before making the switch to rhythmic breathing, you first HAVE to become a “belly breather”. This is crucial as breathing this way allows for full lung expansion, which draws in more air.

Here you have it!

I believe that I’ve just provided you with enough tools to learn and master rhythmic breathing while running.

The rest is up to you.

So, you gotta take action on what you’ve just learned ASAP. Otherwise, nothing will change.

7 Powerful fat burning workouts to add to your training program