Vegetables are an essential part of a well-rounded, healthy diet for a variety of reasons.

They are rich in vitamins, minerals, and other important nutrients, yet low in calories, etc.

But, not all vegetables are created equal.

In fact, some contain high amounts of carbohydrates—so you might need to steer clear of them, especially if you’re on a low carb eating plan, such as the ketogenic diet.

Top 20 Low-Carb Vegetables In The World

Here is a list of the best low-carb vegetables to consume that will give you the most bang for your buck.

This list includes items that are both high in nutrients and low in carbohydrates. 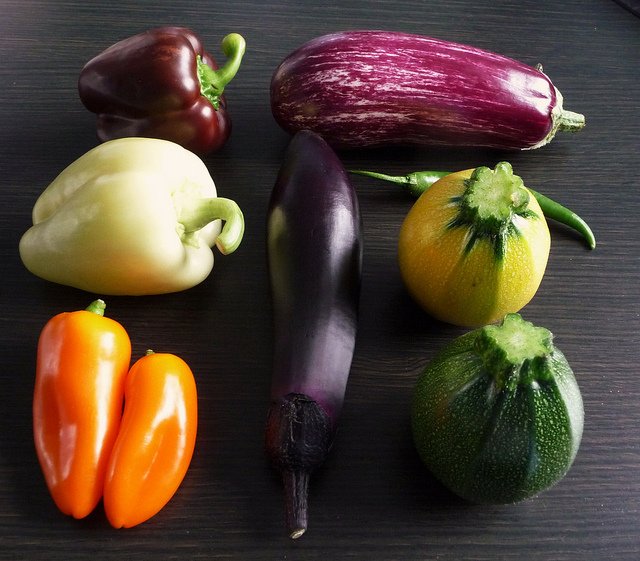 One clove—3 grams—of garlic has one gram of carb, some of which is fiber.

Garlic offers so many health benefits, such as reducing blood pressure and improving immune function, especially against the common cold.

When you consider its weight, garlic is relatively high in carbs. Nonetheless, how much you can actually consume in one sitting is very low thanks to its strong and pungent flavor.

Plus, garlic is an excellent way to make your dishes taste much more interesting.

Here are a few garlic recipes to try.

One of the most nutritious and tastiest veggies, onions are a below-ground root vegetable that packs around nine grams of carbohydrates per serving, two grams of which are fiber.

One small raw onion, or the equivalent of two large slices,  contains about six grams of total carbohydrates.

Although onions do not fare well in the vitamins and the minerals department, they do have immense health benefits.

Onion is rich in quercetin, which is an antioxidant that regulates blood pressure.

When combined with other foods such as beans, lean protein, and veggies, add an extra boost of low calorie and taste to most dishes.

Onions make a great tasting side dish for virtually any food.

Although green beans are a member of the legume family, they have drastically fewer carbs than most other legumes.

Also known as string beans or snap beans, one cup—120 grams—serving has ten grams of carb, half of which comes from fiber.

Green beans are rich in chlorophyll, which is a green pigment believed to protect against cancer, according to animal studies.

Further, green beans are also high in carotenoids—linked to improved brain function during aging, according to research.

Cucumber is one of the best low sugar veggies around.

One cup—100 grams—of raw sliced cucumber has four grams of carbs, one of which is fiber.

This crunchy veggie is quite refreshing since it’s mostly water, so it has a powerful rehydrating effect.

Cucumber also is high cucurbitacin E, which is a compound known that promotes good health as animal studies have suggested that it has anti-inflammatory and anti-cancer properties, and may also protect brain health.

Cucumber is also a great addition to salads.

One cup—116 grams—of raw radishes has four grams of carbohydrates, half of which is fiber.

Also, this vegetable is also a member of the Brassica veggie, which been shown to lower the risks of certain cancers, such as breast cancer in postmenopausal women.

Radish is an ideal choice if you’re looking to add some flavor to your meals or a quick low-carb snack to keep hunger at bay.

One medium bell pepper has about 30 calories, and 7 grams total carbohydrate.

One cup of the chopped red pepper has nine grams of carbs, three of which are fiber. 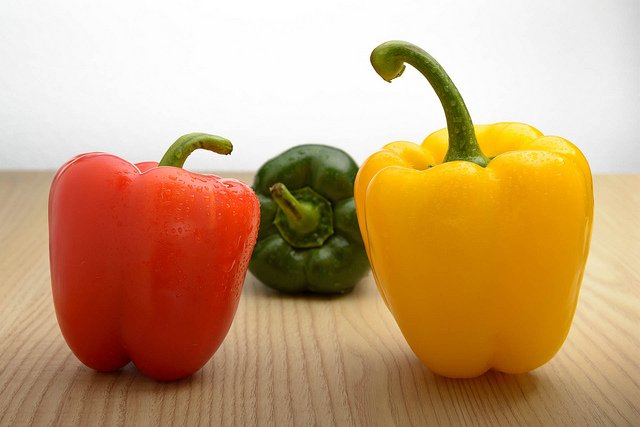 A serving of bell peppers also contains about three times your daily requirement of vitamin C—essential for tissue repair and collagen production.

A common veggie in many Asian and Italian dishes, one cup of cooked eggplants—100 grams—provides eight grams of carbohydrates, whereas one cup raw has five grams, three of which are fiber.

Although eggplant is not a powerhouse when it comes vitamins and minerals, research has revealed that it may help reduce cholesterol level and improve overall health.

Not only that, eggplants are rich in nasunin, which is an antioxidant that may help protect brain health and fight off free radicals.

Another member of the cruciferous family, kale is a trendy veggie with incredible nutritious prowess.

One cup—100 grams—of kale contain six grams of carbs, 3.8 of which are fiber.

Kale is also an excellent source of vitamin A, providing two times the daily recommended intake.

This incredibly dense leafy veggie is also an excellent source of vitamin C—134 percent of RDI, as well as beta-carotene, manganese, carotenoids, and calcium.

Furthermore, kale is rich in antioxidants, including kaempferol and quercetin.

These two antioxidants can help reduce blood pressure and protect against cardiovascular diseases, type II diabetes, and other health ailments, according to research.

Another member of the cruciferous family, one cup—160 grams—of cooked Brussel sprouts contains 12 grams of carbs, four of which are fiber.

The leafy green is especially high in protein when compared to other green vegetables.

They are also a wonderful source of a host of nutrients, including manganese, folate, dietary fiber, copper, choline, omega-3 fatty acids, and potassium.

Research has also linked the consumption of Brussel sprouts to a lowered risk of cancer, including colon cancer.

One of the most popular and versatile veggies around, one cup of cooked cauliflower contains about four grams of carbs.

Cauliflower is full of both vitamin K and C, providing 77 and 28 percent of the RDI in 100 grams.

Research has linked it to a reduced risk of cancer and heart disease.

Since cauliflower has a mild taste, it can be used as a substitute for root veggies such as sweet potatoes, and starches, such as rice, and other high-carb vegetables and foods.

One cup of lettuce has no more than two grams of carbs, making it one of the lowest carb veggies in the world. 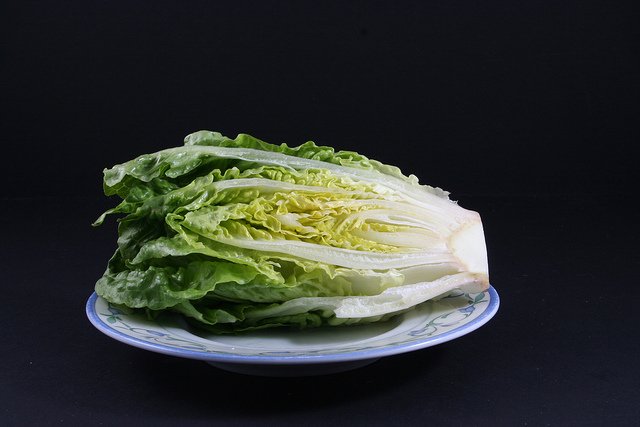 Lettuce is also one of best low carb veggies around.

One shredded cup of lettuce has only 12 calories.

One cup also contains 30 percent of RDI of vitamin K.

It’s also high in fiber that removes bile salts from the body—essential for reducing cholesterol and improving heart health.

Lettuce is also a fantastic source of magnesium, iron, sodium, zinc, along with vitamins, such as vitamins A, B6, E, C, and K.

One cup—90 grams—of chopped raw cabbage has five grams of carbohydrates, three of which are fiber.

Cabbage is also a good source of dietary fiber, manganese, vitamin B1, potassium, and copper.

Research has also suggested that regular consumption of plant-based foods, like cabbage, can reduce the risks of obesity, diabetes, cardiovascular diseases, and overall mortality.

So, eat plenty of cabbage, whether cooked, raw or fermented into sauerkraut.

Scoring roughly four grams of carbohydrates, two of which are fiber, per cup (125g), zucchini is one of the most commonly used summer squash on low carb diets.

Zucchini is a great source of vitamin C, providing 15 percent of your RDI per serving.

You can also use zucchini to make low carb pasta. Try this recipe.

You can also add zucchini to soups or casseroles or grate it over salads. Try this recipe.

This is one of the most versatile and elegant spring veggies around.

One cup—100 grams—of asparagus has four grams of carbohydrates, two of which are fiber.

Since asparagus is rich in vitamin A, Vitamin C, selenium, etc., this vegetable should be in everyone’s diet plans of low-carb dishes, due to its unique flavor and incredible nutritious content.

Asparagus is a great source of vitamin A, C, and K.

Research revealed that this antioxidant-rich veggie could help reduce inflammation and cut the risk of chronic diseases.

It also has been shown in animal studies that asparagus can help reduce anxiety and protect brain health.

There are many ways to eat asparagus. You can grill it, wrap it in bacon, or chop it up and add it to an omelet or salad.

This is one of the best-tasting and nutritious veggies out there.

The fiber in artichokes is rich in inulin, which has been shown to promote healthy gut bacteria—essential for optimal digestion and other health roles.

At three grams of carbohydrates, two of which are fiber, per one cup—100 grams—serving, celery is a very low carb, but a very digestible vegetable.

Celery has luteolin, which is an antioxidant with potential usefulness for both preventing and treating some types of cancer.

Celery is considered a negative food as it more calories for your body to digest it than the food actually contains.

One cup of cooked spinach contains three grams of carbohydrates, and virtually no carbs raw.

So no wonder it’s an integral part of any low carb eating plan.

Spinach is an incredible source of many vitamins and minerals.

For instance, one cup –or 180 grams—of cooked spinach contains ten times the RDI for vitamin K, vital for bone health.

Not only that, but the leafy green can also help fend off cardiovascular issues and may thwart common health ailments.

Here are a few healthy recipes to try.

Technically, avocados are a fruit but usually consumed as a vegetable.

One cup—150 grams—serving of sliced avocados contains 13 grams of carbohydrates, ten of which are fiber. 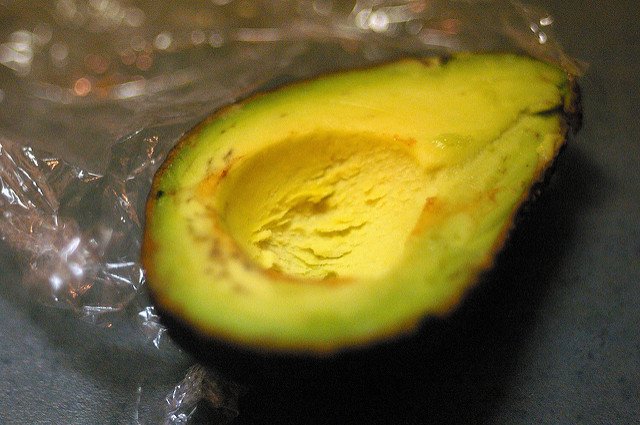 They’re high in monounsaturated fats, which have been shown to decrease LDL (bad) cholesterol and triglycerides levels.

The fatty fruit is packed with oleic acid, which is a type of monounsaturated fat that can help lower LDL levels.

Avocados are also an excellent source of vitamin C, potassium, folate, and other vital nutrients and minerals.

You can eat avocado on its own, or use it to make guacamole.

For more awesome recipes, check out this link.

Broccoli is a member of the cruciferous veggies family, which include Brussel sprouts, cabbage, kale, and radishes.

One cup—90 grams—of raw broccoli has six grams of carbs, two of them are fiber.

When it comes to down to it, broccoli is a true superfood, period.

Broccoli scores high on vitamin C and K, providing more than 100 percent of the RDI for both nutrients.

Research has revealed that broccoli can help reduce insulin resistance in type II diabetes. It may also help fend off against some types of cancer.

If you’re not on how to add broccoli to your eating menu, here are some recipes to try.

Mushrooms are incredibly nutritious, yet very low in carbs and calories.

Mushrooms are low in calories: six medium white mushrooms pack in no more than 22 calories.

Research also revealed that consuming 100 grams of white mushrooms for 16 weeks can improve inflammation in subjects who have metabolic syndrome.

Mushrooms are also a fantastic source of selenium, which is an antioxidant mineral, as well as phosphorous, niacin, copper, and potassium.

Mushrooms are the ideal way to add some flavor and nutrition bombs to your dishes.

Just make sure to cook them well to get their nutritional benefits since they cells walls are indigestible.

8 Easy Ways to Boost Your Metabolism (Backed by Science)

6 Reasons You’re Not Losing Weight & How to Fix Them