Looking to learn more about the running gait cycle?

Well, you are in the right place.

In this (sort of technical) short blog post, I’ll teach you about the many components of running gait, and how your lower limbs works when running.

The Importance of The Running Gait Cycle?

Understanding gait cycle and its many components can help you pick the right running shoes and optimize your performance and training efficiency.

Not only that, learning more about your gait cycle can also help you better assess your running technique and biomechanics, which, in turn, is key for improving it.

Plus, some running experts suggest that assessing the way you run can also offer you many clues to the cause of a particular injury.

These are all valid reasons, if you ask me.

So, are you excited?

Then here we go.

What is The Running Gait Cycle?

The gait cycle describes the continuous and repetitive pattern of walking or running —in other words, how we get from point A to point B.

The gait cycle typically the same for all of us as it can be split into two main phases.

A complete gait cycle includes both a stance and swing phase.

Note: During the walking cycle (not the topic of this post), there is a period known as double stance in which both feet are in contact with the ground.

The stance phase is the first phase of the gait cycle.

It begins when your heel makes contact with the ground, and it ends with the toe off.

When it comes to performance & injury prevention, the stance phase is usually under the spotlight as it’s the phase when your foot and leg bear your body weight.

Just keep in mind that these proportions are not written in stone as they tend to change as the speed of walking or running increases (or decreases).

The stance phase can be further divided into three stages.

It starts with initial contact, followed by midstance, then propulsion.

Initial contact marks the beginning of the stance phase.

Think of initial contact as the cushioning phase of the gait cycle.

During this point in the gait, your foot is pronating at the subtalar joint, knee is slightly bent, and leg is internally rotating to help reduce the stress forces from the impact.

Also known as single support phase, during the midstance, your foot flattens on the ground (moving from pronation into supination) to provide support as your body is moving forward over the leading foot while the other foot is in swing phase.

In essence, during this subphase, your body weight shifts from the back to the front of your foot, preparing for toe off and forward propulsion.

This means that all of your body weight is born by a single leg, which might make it prone to discomfort and overuse injury. 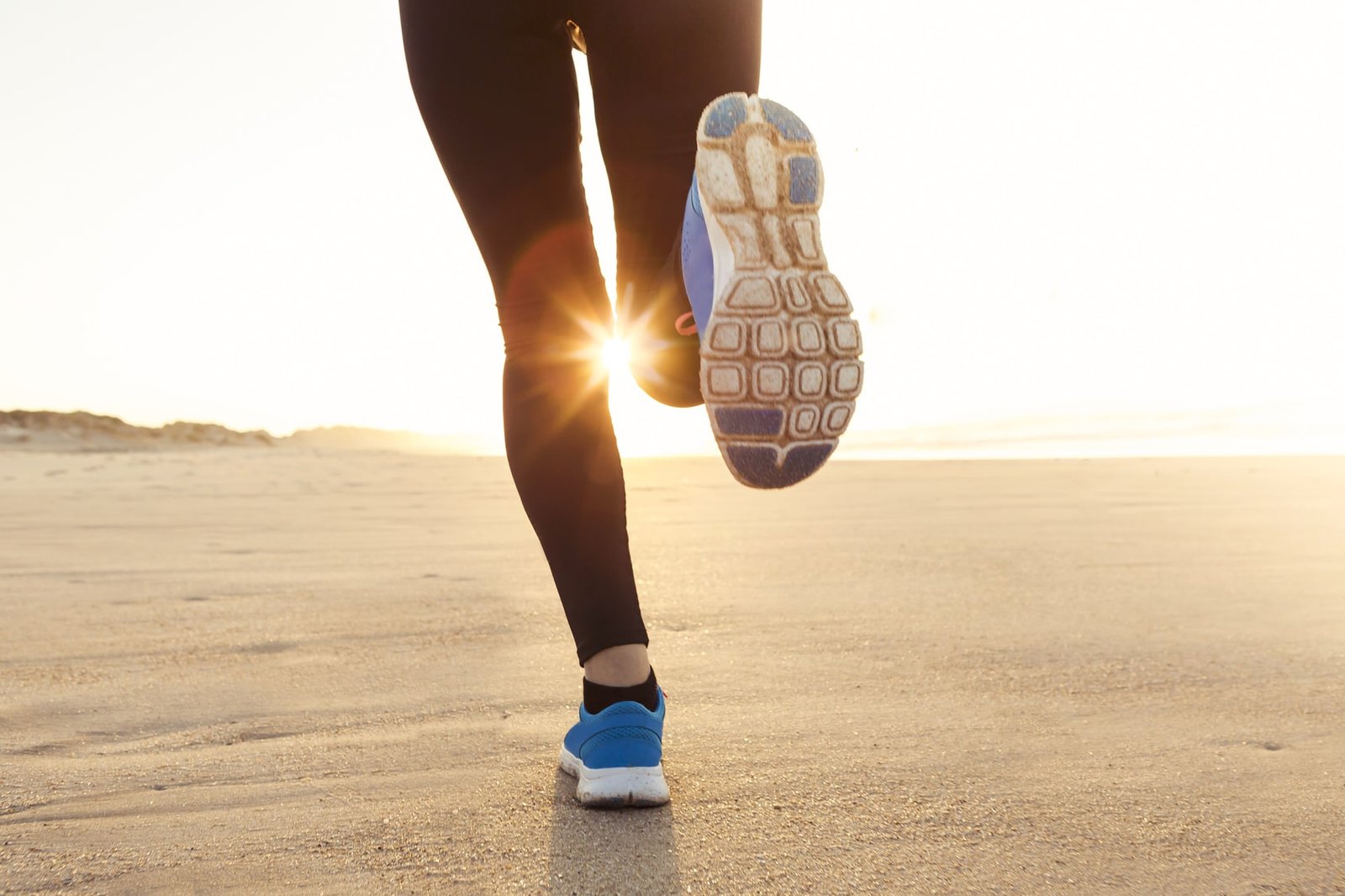 The Toe Off/ Propulsion

The propulsion portion is the final stage of the stance phase.

It kicks off after the heel is off the ground and ends with the toes leaving the ground.

As you keep pushing forward, the heel starts lifting, while the muscles on the back of the leg—mainly the Gastrocs, Soleus, and Achilles Tendon—contract, resulting in plantar flexion of the ankle, allowing for toe off.

This subphase makes up the final 35 percent of the stance phase.

A common mistake beginners make is leaning too far forwards during the toe off.

This can hinder stride angle and might limit efficiency.

Instead, stay tall, aiming for a slight lean from the ankles.

The swing phase refers to the time in which the foot is not in contact with the ground.

During this, your foot is swinging forward.

The swing phase starts with toe off and ends just before the foot hits the ground against, and a new gait cycle begins.

During this phase, your legs cycle through, ready for the next foot strike.

The swing phase of gait tends to be less relevant to running biomechanics for preventing injuries than the stance phase as there is no weight being born through the joints and muscles.

The main portion of this phase is known as the forward descent which occurs as the foot is being carried forward while it’s positioned for weight bearing.

Both the knee and the foot are flexed.

The swing phase ends at the heel contact, and a new gait cycle begins.

How to Find Cheap Treadmills

How To Find Running Trails Near You