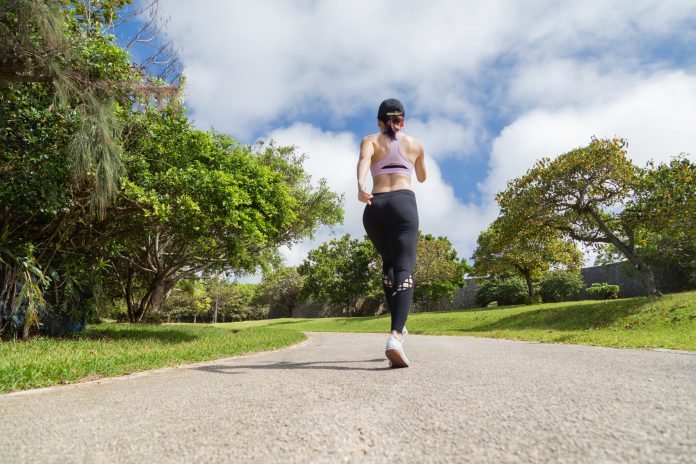 Curious about the best temperature for running? Then you’ve come to the right place.

Whether you’re a beginner runner or have been around the block for a while, there’s no denying that the perfect temperature can motivate you to get out there.

Preferences aside, in today’s article, I’ll delve into what science has to say when it comes to the ideal temperature for a run.

I’ll explain some of the science behind the impact of temperature and weather conditions on performance.

What’s the Best Temperature For Running?

Before we get into the optimal temperature for running, let’s first discuss the impact of heat and cold on running performance.

The Impact of Heat On Running Performance

Run often enough, and you’ll know it takes more energy to maintain a normal pace when the temperature rises.

And yes, that’s a universal experience.

Research has reported that weather factors such as temperature, wind, precipitation, and cloud cover all impact running performance, but none is more impactful than the air temperature.

If you tend to do most of your running during the hottest time of the day (and year) or during a heatwave, you’re undoubtedly limiting your running potential.

Running in hot temperatures increases the need for oxygen since some blood circulation is redirected from working muscles to the skin to cool our bodies.

You also store a lot of heat internally, leading to overheating when it’s scorching out there.

This causes an increase in lactate production, energy usage, and an elevated heart rate at a given pace than in milder temperatures. That’s not the whole story.

Heat can cause you to fatigue faster by increasing hydration and your body’s need for water. This can lower stroke volume, cardiac output, and blood pressure.

Additional resource – Here’s how much water a runner should drink

Running In The Cold

When you run in cold or in mild weather, your body can give off more heat to prevent you from getting too hot.

Your body also burns a little bit more calories when you run in winter. Because of this, you may get drained faster, especially in the long run.

Most runners know the feeling of experiencing an ideal run: windless weather, a fast, flat course, and an ideal temperature

In fact, in case you’re wondering if there’s such a thing as the perfect temperature to run at, know that it exists.

So is there an optimal temperature range?

That’s what some research has set to discover, and the answers are quite intriguing.

Let’s check some of the studies.

The perfect temperature for running has been dissected thoroughly across many races. Different studies’ conclusions and results tell us that the ideal temperature for outdoor running varies between sprinters and marathon runners

Most of the science reported that the ideal temperature for endurance running is cooler than what it feels when you’re not running. And for every degree warmer, performance is drastically impacted.

As far as I can tell, most of the research that looked into the impact of temperature exercise performance over the past few years has taken place in a lab setting—mainly with cyclists pedaling to exhaustion. 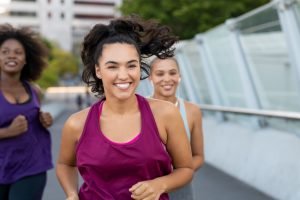 Luckily there are a few studies that assessed the effect of temperature on “real” runners.

One example is this research that reported that the ideal temperature range for most runners seems to be around 44° F and 59° F (or 7-15° C).

Another research out of the Public Library Of Science examined the result of six marathon runners. Four factors were considered, and that included: temperature, humidity, dew point, and atmospheric pressure at sea level.

In the end, the researchers concluded that air temperature had the biggest impact on both speed and withdrawal rates. They specifically reported that recreational marathon runners—or those crossing the finish line between 3.30 and 5.00 hours—found optimal conditions at roughly 44 F or 7 C.

Another study exclusively assesses Boston Marathon finishers and their finishing times in concert with the weather on that day.

Based on the data, the researchers found that, when considering average temperature, performance was the best for men at between 8 and

A decade-long study of the Boston Marathon reported that the best temperature range for all runners –regardless of their fitness level—is around 46 to 59 F or 7.7 to 15 C.

If long-distance running isn’t your goal, you don’t inherently want to be that cold.

Sprint performance is at its peak during drastically warmer conditions since the muscles need to be warm enough to exert power at a peak but not so warm as to generate excessive heat.

There you have it! Now you know that there is actually such thing as the optimal temperature for running. But don’t wait for things to be perfect to log your miles. Just get out there and run. The rest is just details.

Thank you for dropping by today. 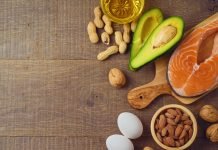 Overtraining Syndrome – How Much Running is Too Much?